Team dysfunction is not a rare occurrence. In fact, team breakdowns have become so commonplace that it has led some of the most prominent authorities in the area of work organization and management to question whether team collaboration even works!

Of course, the significant changes of the past few decades, brought about by technological breakthroughs and the rise of remote work, have made collaborative work so ubiquitous that the question of its merits has become redundant. However, the necessity of collaboration does not guarantee its success. The empirical data even suggests that the odds for the success of a collaborative relationship are stacked against teams.

And while different teams can underperform and even fail in a variety of different ways, the underlying issues that lead to team breakdowns are often the same universal dysfunctions. Over the following lines, we will define the basic concepts of team errors and examine the most common team dysfunctions.

Before we dive deeper into the most common causes for team failure, we must first define what constitutes a team failure in the first place.

Authors Hofmann and Frese define team errors as “actions that unintentionally fail to achieve their goal where this failure was potentially avoidable”. This definition involves three crucial aspects of an error:

To reiterate and paraphrase, team errors are only instances where the team is directly responsible for the negative outcome through unintentional actions that could have been avoided (for example, through stricter adherence to established standards, or a different organizational approach).

Let’s bring it to more tangible and practical terms. For the purpose of his research into the effectiveness of cross-functional teams, Stanford University professor Behnam Tabrizi has defined five criteria of team failure:

Tabrizi considers teams that fail to meet three or more of these criteria as dysfunctional teams.

The five dysfunctions of a team

In his highly influential work, “The Five Dysfunctions of a Team”, the renowned author Patrick Lencioni has attempted to provide clear and systematic answers for why team collaborations sometimes fail. He has translated his vast experience as an organization and management consultant into the concept of five primary team dysfunctions which he recognizes as the most common cause of breakdowns in team performance. Lencioni disregards any external factors (organizational, industry-specific, or otherwise), and focuses specifically on the interpersonal relationships between team members as the main drivers of team performance.

As a starting point for the self-assessment of teams and their interpersonal dynamics, Lencioni proposes the following five questions:

A negative answer to any of these questions indicates the presence of a dysfunction on a team. The five dysfunctions of a team, according to Lencioni, are:

Lencioni gives the dysfunctions a sort of a pyramidal hierarchy, where the first dysfunction is located at the foundation of the pyramid as the most common and the most damaging, while the subsequent dysfunctions only enter the fray once the previous ones have been resolved. In other words, in order for the teams to become fully functional, the dysfunctions must be resolved from the bottom up.

The first and crucial team dysfunction is the absence of trust stemming from the inability of team members to understand each other and communicate openly. Lencioni states that one of the defining traits of great teams is their willingness to communicate and address their weaknesses and skill deficiencies, and, subsequently, seek out help if needed. The presence of a trustful and supportive environment enables team members to focus solely on utilizing their skills to the best effect instead of worrying about individual motives.

According to Lencioni, one of the key factors in building team-level trust is the clarity of collective goals. If team goals are ambiguous, members can easily lose sight of the broader picture and focus solely on their individual success. As a path towards building trust in a team, Lencioni encourages team members to share (non-intrusive) personal details and develop interpersonal relationships, continually provide constructive feedback on the work of their colleagues, and take part in activities that promote and develop empathy and understanding. He also advises leaders to demonstrate vulnerability, as it encourages trust.

The second dysfunction may seem counter-intuitive at a first glance, as we might assume that high-performing teams would foster a harmonious, conflict-free environment. While, obviously, there is nothing wrong with team harmony, a certain amount of healthy conflict and constructive confrontation of opinions is welcome and, according to Lencioni, even necessary.

Constructive conflict is predicated on an environment of trust and respect among team members. It serves multiple purposes, as it both helps hash out ideas and reach consensus, while also allowing team members to resolve issues and release unavoidable tension that, if left unresolved, can potentially have more serious consequences further down the line. In other words, teams that don’t shy away from conflict are capable of resolving issues quickly, while teams that avoid conflict tend to reiterate the same issues without any resolution.

Lencioni emphasizes the importance of distinguishing between ideological conflict and interpersonal politics. While the former is relevant to the process of collaboration, the latter is an unproductive and potentially damaging practice rooted in personal animosities.

In order to properly moderate (and even instigate) productive conflict, team leaders are encouraged to raise any disagreements and other existing issues and assist team members to their ultimate resolution. As practice makes perfect, engaging in healthy conflict will raise the team members’ level of comfort in such situations and help them develop conflict management skills, thus better preparing them for such situations in the future.

On teams that lack trust and avoid conflict, some team members will be reluctant to speak out, thus becoming detached from the decision-making process and other relevant conversations in the process of collaboration. The direct result of this is a lack of commitment to the collective work.

Commitment is rooted in clarity and a collective buy-in. When team members share a clear understanding of what they are supposed to do, when they are a part of the discussion that leads to important decisions, and when they embrace those decisions as a reflection of their collective will (even if they don’t necessarily agree with it), that’s when we can say that they are truly committed. The team members’ ability to have their say and have it truly heard and considered increases their willingness to embrace the decisions made by the team.

On the other hand, a lack of commitment results in ambiguity and an absence of a shared direction.

The key practical value of commitment is the team’s ability to reach decisions quickly and with clearly defined courses of action. Oppositely, teams that lack commitment tend to be mired in prolonged ambiguity that creates confusion and discord, not just within the team but also in the broader organizational context.

While commitment is rooted in trust and positive conflict as essential prerequisites, a necessary step that team leaders and managers need to make is involving everyone in the discussion regarding critical decisions and reaching collective agreement on the best path forward, as well as setting deadlines for relevant decisions to ensure an efficient workflow.

High-performing teams set high-performance standards. Lowered performance standards and the collective principle of “good enough” and settling for less are the first symptoms of a lack of accountability. This is the reflection of the inability of team members to hold their colleagues (as well as themselves) accountable for the failure to meet the agreed group standards.

Accountability is a delicate area, as people can respond to criticism in a variety of ways, not all of them positive. It is necessary to approach it respectfully and focus on a specific issue so that colleagues would not view it as a personal attack or criticism of their overall competence. Accountability is the flip coin of commitment – if everyone buys into the shared goals and vision of the collaborative work, they also accept responsibility for doing their part in the process. As work on collaborative teams is usually interdependent, the question of accountability is not just a matter of interpersonal dynamics, but also of elementary team functioning.

The necessary prerequisites for accountability are clear and transparent goals and behavior and performance standards. In order for everyone to meet expectations, they must be fully aware of what exactly is expected of each team member.

Formal and informal feedback processes are essential for accountability. Ideally, team members will regulate themselves and hold one another accountable, but if the team fails to do so, it is up to a team leader or a manager to provide relevant feedback to ensure that the collective standards are upheld.

Complacency can become the bane of even the most productive teams. Without a clear and actionable focus on objectives and results, team members can become complacent, with status and ego taking precedence over team achievements. Inattention to results can lead to stagnation, preventing teams from performing at their maximum.

In order to avoid complacency and stagnation, teams need to define and set clear and actionable team goals, as well as concrete timelines for their realization. Performance needs to be monitored and reviewed at regular intervals to ensure that the team stays on course and/or adjust its approach.

In the years since its publishing in 2002, Lencioni’s work has become widely influential, but it has also been criticized by the professional community.

A number of authors have pointed out that the theory of five dysfunctions represents a generalized and over-simplified view of the workplace that does not fully encompass the psychological and organizational complexity of the contemporary workplace, let alone the specific aspects of different industries that often play a critical role in the organizational setup and performance priorities.

Additionally, some authors have criticized the lack of tangible empirical research that would support Lencioni’s findings. The author has founded his theory on his vast experience as a consultant to large companies and upper-echelon management but did not conduct any specific research to back up his model. Also, for the sake of saving space, we will disregard a number of methodological objections that bring the relevance of Lencioni’s model further into question.

Despite the body of mostly well-founded (and, also, sometimes, petty) criticism, The Five Dysfunctions model remains a relevant and influential perspective that is applicable to a variety of professional settings, as well as a popular team-building framework for HR managers.

The functioning of a team is a delicate mechanism with a large number of moving parts. While no theory can fully encapsulate the psychological, structural, and operational complexity of a collaborative workplace, Lencioni’s theory of five dysfunctions provides relevant insights to some of the most critical areas of the inner workings of teams, providing valuable pointers on how to identify potential team dysfunctions and properly address them to make stronger teams. 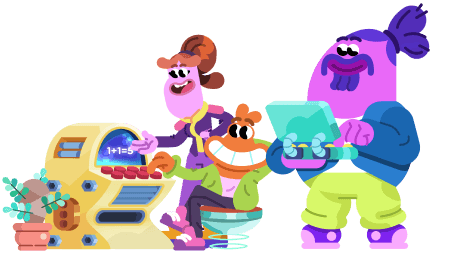 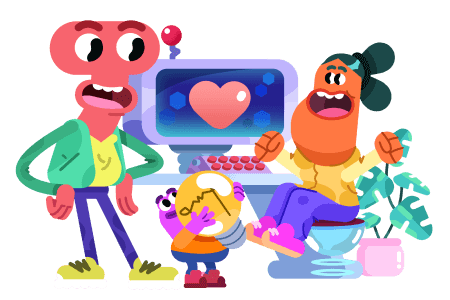 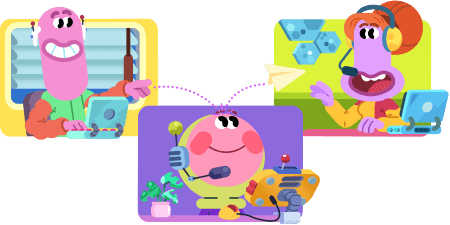 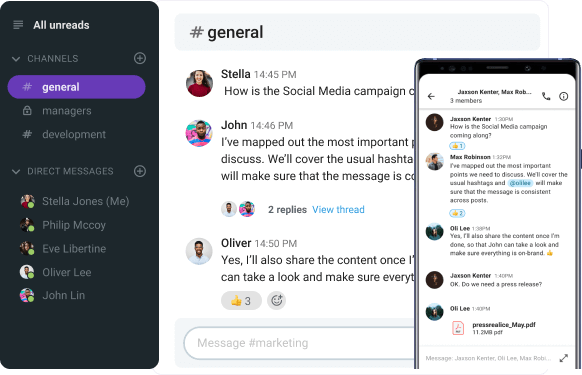